Sharper memory and improved mental function is now an easy game as we provide you a list of foods that will make you whimsical!

You may get a variety of foods that will help you avoid inflammation, prevent bloating, and get glowing skin!

But when it comes to filling your stomach and to boost your brainpower which food do you think should be considered ideal?

The relationship between diet and brain health, from how to sharpen your mind and memory, to starting Alzheimer’s prevention super early, has been getting a lot of attention these days.

It’s also said that scientists thought, as you grow older your brain cells die. Now we’re actually seeing that our brain cells can regenerate, which is largely based on how we eat and exercise.

If you are eating a healthy meal, you are taking care of your body.

Here are the foods you should be eating to strengthen your mental muscles now!

Mint is flooded with vitamin A which helps boost learning skills and increase brain plasticity, and vitamin C which is said to protect against cognitive decline and for various other reasons. A study states that the aroma of mint helps boost alertness and memory. In other words, it helps people perform better on basic clerical skills such as typing and memorizing. Just the scent of mint has been shown to increase alertness.

Cinnamon delivers some anti-inflammatory benefits which help boost the overall functioning of the brain. Parallel to mint, researchers found that the aroma of cinnamon can improve memory and focus on cognitive tests, so don’t forget to sprinkle some on your coffee in the morning.

Almonds help your body fight inflammation in ways that can boost your mood and slow the mental decline that comes with age as well as raises your neurotransmitter serotonin levels. This will bring down your mood swings and reduce signs of depression. That’s the reason why they are awesome!

Beat it with beets

Beets are high in nitrites and vitamin B9 which increases the blood flow of your brain. They are rich in arytenoids which helps boost brain functioning and stave off depression. So don’t forget to order a salad with the next meal you eat!

Ginger helps to overcome the loss of mental sharpness as we enter into our late adulthood. Studies state that women consuming ginger during the post-menopause stage help in boosting their memory and focus on their daily routine.

The cocoa that gives dark chocolate haunts us with its addictive flavor. It is loaded with the memory-boosting antioxidant power. Dark chocolate is also a boon to the cardiovascular system and as we all know, a healthy heart helps keep the brain sharp.

Now you can keep these delicacies near you or maybe mix a few of the above with Drupe Almond Milk in a blender and make a frothy smoothie to keep your brain charged and you also can’t deny the fact that it’s also a treat to your stomach as it has No Dairy, No Lactose, and No Gluten! 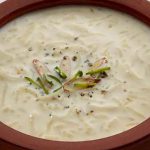 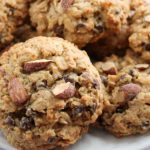